Testing the Omnidroid models on Supers he tricks out of retirement.

Wipe out all Supers in the world (surely failed).

Vengeful Mastermind
Xerek was the main antagonist in early versions of the 2004 animated Pixar film The Incredibles. He was to be a criminal mastermind and Mirage's boss who targeted all Super community on his plans to take over the world for himself. Xerek was replaced as the main antagonist by Syndrome after Syndrome proved to be more popular among the crew than Xerek. Neverthless, Xerek would be later reimagined for The Incredibles comics by Boom! Studios.

Back when Brad Bird first conceived The Incredibles, the main antagonist was a villain named Xerek instead of Syndrome. In those early versions of the story, Syndrome was an opening antagonist much like Bomb Voyage in the finished film and the National Supers Agency didn't exist at all for example. While not much is known about Xerek, some online posts suggested many things about him.

Among the most pivotal plot points, Xerek was intended to have been Elastigirl's ex-boyfriend, who went mad when she dumped him to marry Mr. Incredible. Otherwise, it seems that his role was supposedly the same Syndrome had in the finished film: luring retired Supers to the Nomanisan Island and get them killed by the Omnidroids aside being the boss of Mirage. Unlike Syndrome, Xerek would have worked "behind the scenes", essentially pulling the strings of his henchmen and robots like puppets to do all of the dirty work for him. Xerek's physical appearance was revealed through a bonus feature on the film's DVD, where a clay-model of Xerek depicting him as a strapping, tall gentleman in his late 30s was shown.

However, Xerek was ultimately not used in the film at the end as Syndrome proved to be more popular amongst the crew and producers than Xerek. As a result, Bird scrapped the original beginning proposed by John Lasseter and amplified Syndrome's role, making him the main antagonist and dropping Xerek from the story. Xerek was eventually used in The Incredibles comics by Boom! Studios, but his appearance and backstory were heavily tweaked aside that such comics were later deemed non-canonical with the release of Incredibles 2. 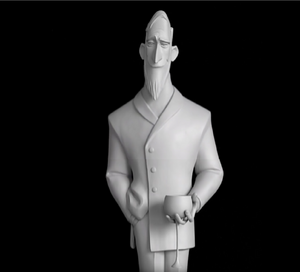 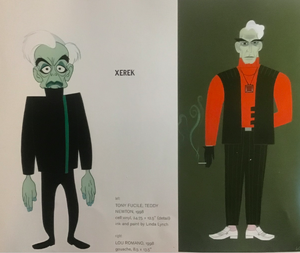 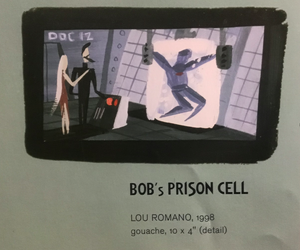 Xerek and mirage next to Bob's prison cell 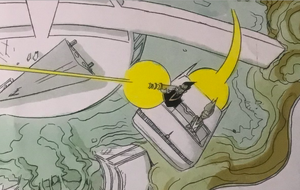 Xerek with a lazer gun 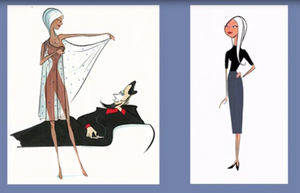