How to Train Your Dragon 2

Protecting and training dragons at her sanctuary.

Keep humans away from dragons and vice versa as they can't coexist together at all costs.

Kidnap all dragons from Berk by force even it she must fight against Stoick and Hiccup (all failed).

Psychotic Warlady
Valka was the main antagonist in an early draft of DreamWorks' 29th full-length animated feature film How To Train Your Dragon 2. Unlike the final film, Valka was going to be a villain who had decided to cut all ties between humans and dragons upon concluding that they couldn't coexist together, even if that meant opposing her own family as well as Drago Bludvist. The story was later rewritten with Valka as an heroic character and Drago becoming the main antagonist.

She was voiced by the Academy Award-winner Cate Blanchett like in the finished project.

In the original version of the script, much like in the finished film, Valka is featured as the long-lost mother of Hiccup Horrendous Haddock III and wife of Stoick the Vast, who believed her to have been killed during a dragon raid on Berk years before the first film. In reality, Valka had survived but ultimately opted to remain with the dragons as she believed that her family would be better off without her. Years later, Hiccup and his Night Fury Toothless meet Valka and her dragons, leading Valka to take them to her dragon sanctuary, where all dragons can live in harmony.

However, once Valka learns that Hiccup was responsible to the loss of Toothless' tail, she starts to show her true colors: having lived with dragons for such a long time, she has come up with the idea that humans can't be trusted and that dragons must be protected from them, clasing with Hiccup's desire to teach people to get along with dragons. Unknown to Hiccup, yet another reason for Valka's despise to humans was the threat of Drago Bludvist, who desires to kill all dragons in the world. When the Dragon Riders arrive to her sanctuary searching for Hiccup and Stoick, who has already arrived to meet her, Valka accuses Hiccup of betraying her and summons her Bewilderbeast and her other dragons to defend the sanctuary, willing to kill whoever finds her uncaring if is a friend or foe. Under her orders, her Bewilderbeast even uses its hypnotic powers to hypnotize Astrid's dragon Stormfly during the attack.

In the film's climax, Valka flies with her dragons to raid Berk to take the village's dragons with her so they can be safe in her sanctuary. However, Hiccup and Stoick face her in a fight which Hiccup and Stoick ultimately win. Defeated, Valka chooses to leave but convinced that Hiccup will have to make a decision to save dragons from Drago Bludvist and his forces. 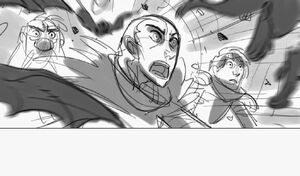 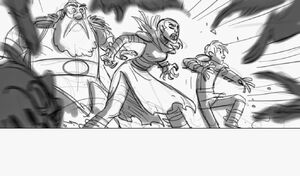 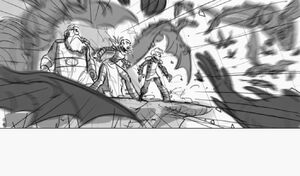 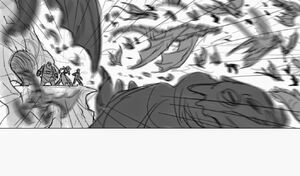 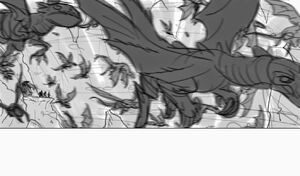 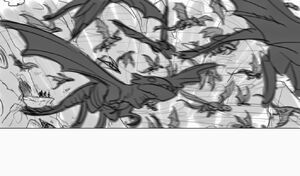 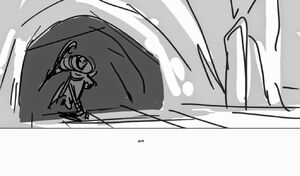 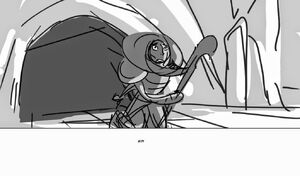 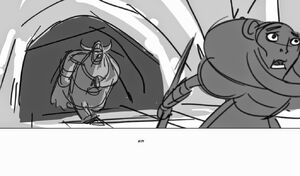 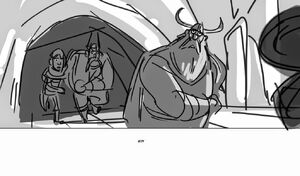 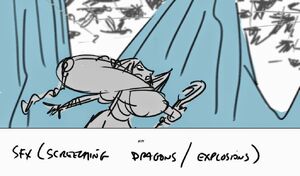 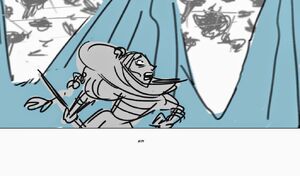 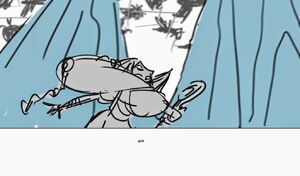 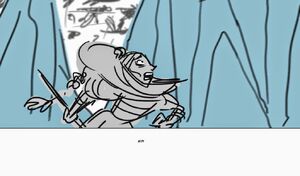 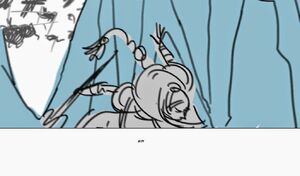