Toast was intended to be a character in the 2017 video game Cuphead, likely one of the debtors that sold their souls to The Devil, and try to kill Cuphead and Mugman when they come to collect.

Toast was only used in very early concept sketches. He would have been a piece of bread that tries to crush the player. In his second phase, he would become more hostile, gain a more monstrous and angry expression, and ride a giant toaster that would chase after the player. Toast was not used outside of early development sketches. 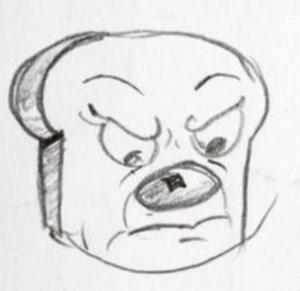 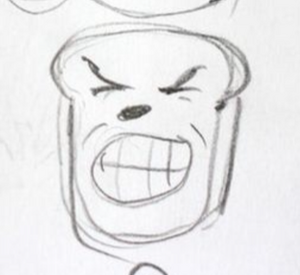 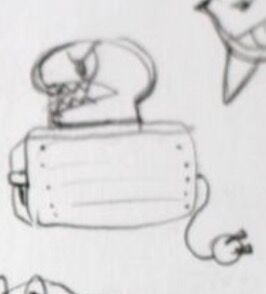 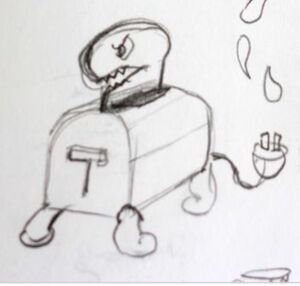 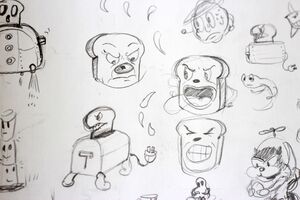