Insane Gang Leader
Kenneth Jesperson, better known as The Scarecrow, is a removed character from the controversial 2003 video game Manhunt.

He was the former leader of The Smileys, before falling out of favor with Lionel Starkweather, due to him (Kenneth) being responsible for the Piggsy debacle and has since become a tramp.

However, his persona of a tramp suddenly changes whenever he puts on his mask and he becomes suddenly violent, wielding a home-made axe. During Halloween, Scarecrow puts a pumpkin on his head.

He hopes to one day kill Piggsy in order to redeem himself in they eyes of the commander and his sponsor, whoever they might've been. 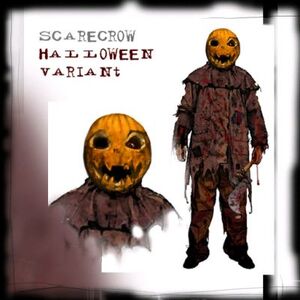 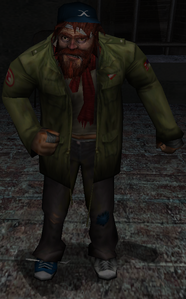 Scarecrow in his alternate personality as "The Tramp"