Sucking on his thumb when upset.

Usurp his brother's throne, so he can become the richest king of all of the land (succeeded for a time, but then failed).

Collect all of the taxes from the poor people of Nottingham.Kill an injured Robin Hood when he causes a fire on his castle (both failed).

Greedy Tyrant
Prince John is the main antagonist from Disney's 21st full-length animated feature film Robin Hood, which is based on the legendary heroic outlaw of the same name. Although he is absolutely incompetent and a crybaby in the final product, the alternate ending painted him a little more darker to the point he resolves to resort to outright murder.

He was voiced by the late Peter Ustinov in the final project.

In a subplot not included in the finished film, Prince John asks for the assistance of the Sheriff of Nottingham to send forged love letters to Maid Marian and Robin Hood to lure them into a trap.

In the alternate ending, after Robin Hood escapes from his burning castle alive yet injured, Prince John sends the Rhino Guards, the Wolf Arrowmen and Trigger and Nutsy after the Merry Men and the citizens of Nottingham while Little John carries the unconscious Robin Hood to the church so he can be healed. Unknown to Little John, however, Prince John and Sir Hiss follow him indiscreetly to Friar Tuck's Church and wait until he leaves so he can finally kill Robin Hood with his own hands for all the problems he has caused to him.

Spying through one of the church's windows, Prince John and Sir Hiss see how Little Sister tells Maid Marian that Robin's wound is bandaged. Feeling that the time has come to act, Prince John enters accompanied by Sir Hiss into the room and surprises Maid Marion, announcing his intentions to murder Robin while he is unconscious under the excuse he will put him out of his misery. Maid Marian assures him that she will not let him do it and that he isn't the king. Angry, Prince John declares that he's the king, but in that moment, having returned from the crusades, King Richard makes his appearance.

Horrified that the rightful king is back, Prince John greets his brother and tries to excuse his actions, but Richard has heard enough and declares that both John and Hiss are guilty. While he should banish John from England forever, Richard desists to not upset their beloved mother. Under his brother's orders, Prince John delivers Richard his crown back and then starts sucking his finger in defeat while Hiss sucks his tail, fully aware that they will suffer the consequences for their actions. It's unknown what happened with Prince John afterwards, because he and Hiss are absent during the wedding scene. 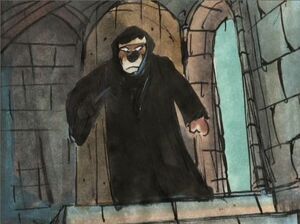 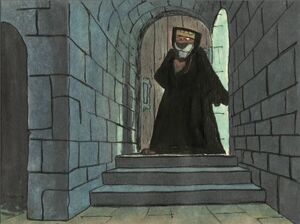 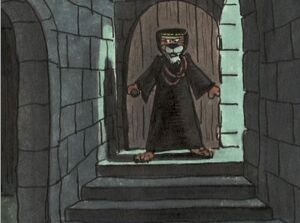 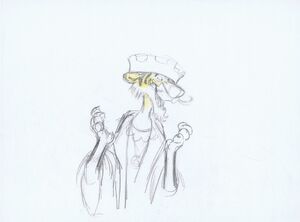 Retrieved from "https://unpublished-villains.fandom.com/wiki/Prince_John_(Disney)?oldid=2454"
Community content is available under CC-BY-SA unless otherwise noted.