Cooporate with the Crystal Dawn and sell them weapons

Orlando & Renzo Caruso, also known as The Brothers, were a pair of intented elusive targets for HITMAN (2016), with a full mission walkthrough and completely-voiced in-game briefing from Diana Burnwood, judging from the dummied contents, but this mission was removed from the final version.

Orlando and Renzo Caruso are the two eldest sons of the late Isabella Caruso, and the elder brothers of Silvio Caruso. After they had departured from Italy, they joined forces with the Delgado Drug Cartel and became their overseers, and were responsible for the drug trades and illicit transport of the cartel.

Prior to their assassination by 47, the Caruso Brothers arrived in Marrakesh, Morroco, in order to have an appointment with a representive from the Crystal Dawn, a Pan-Africa terrorist group, to gain profits by selling them weapons. 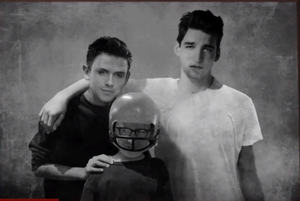 The Caruso Brothers when they were younger, with the child Silvio at the middle. 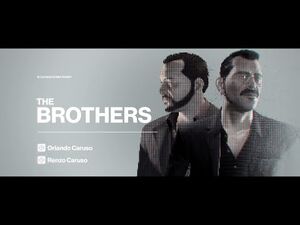 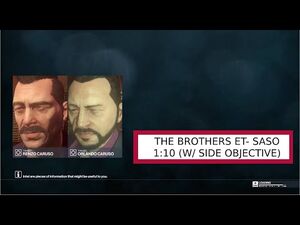