Iceolegers were a type of Hostile Mob that was proposed to appear in the video game Minecraft.

In 2020, Mojang held a contest where people could vote on a new type of mob to be added to the game: Mooblooms, Iceolegers, or Glow Squids.

Iceolegers would have been a variant of Illagers that would be found on mountains or in snow biomes. Iceolegers would attack the player by magically summoning ice blocks over their heads to drop on them. It is unknown if they would have appeared in Raids.

Despite positive reception, the victory went to the passive Glow Squids. 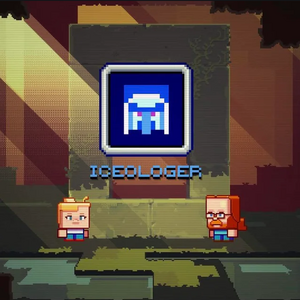 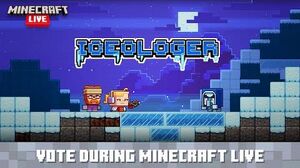 Minecraft Live Vote for the Iceologer!