Take over the kingdom.

Elsa, also known as the Snow Queen, was the titular main antagonist in early drafts of Disney's 2013 animated film Frozen, then known as The Snow Queen, based on the book by Hans Christian Andersen. She would have taken on a role similar to the one in the original source material, but would have been even more villainous.

She was intended to be voiced by Megan Mullally, but was later switched to Idina Menzel, the latter of which voiced her heroic counterpart in the final product.

In original drafts, Elsa was intended to be even darker than her literary counterpart, being a ruthless evil monarch that sought to rule the nearby kingdom. Her backstory changed often, but the most common one was that she was a mischievous rebel as a child, who was ostracized due to her behavior and powers. Her hatred of humanity would come to a head when she was left at the alter, causing her to run away and create a kingdom of ice with an army of snowmen. In these early drafts, Elsa and Anna were not sisters, and Elsa actually planned to freeze Princess Anna's heart and kill her so she could rule over Anna's kingdom.

In early designs, Elsa was intended to have spiky black or blue hair, wear a regal dress made of living white ermines, and a giant snowflake-shaped crown. Her appearance was modeled after the late singer Amy Winehouse.

Even after the script was changed to make Anna and Elsa sisters, Elsa retained her villainous status as Anna's jealous and bitter sibling that sought to take the kingdom for herself. She would have her snowmen capture Anna, but would eventually face a redemption when Prince Hans threatened both her and Anna. The two would team up to defeat him, and Anna would warm Elsa's frozen heart.

Elsa would have had a number of villain songs in the film, with the main one being "Let It Go". However, as the song was being written, it did not seem to fit her villainous nature. However, the song was so impactful to the filmmakers that they decided not to change the lyrics to the song, but instead change the script to make Elsa a more anti-heroic, misunderstood character. 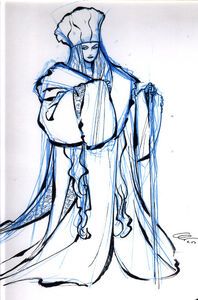 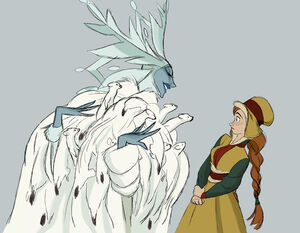 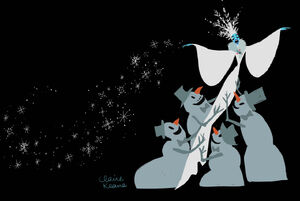 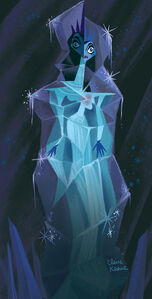 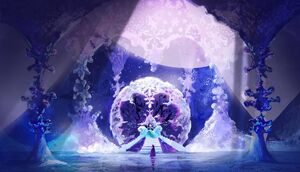 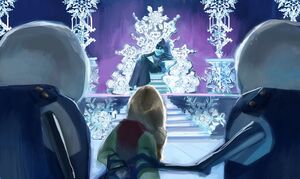 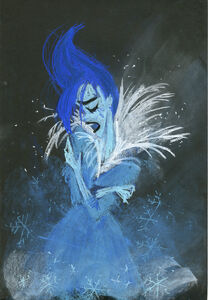 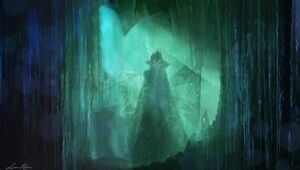 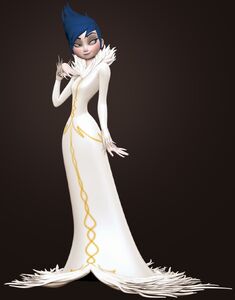