The Nightmare Before Christmas

Envious Scientist
Dr. Finkelstein, also known as Oogie Boogie, was the main antagonist in an early draft of Tim Burton's The Nightmare Before Christmas. He would have been Sally's jealous and controlling creator that sought revenge on Jack for stealing Sally's love and attention away from him by disguising himself as a bogyman named Oogie Boogie to get rid of Jack and scare Sally back to him. This was changed in a rewrite, where Dr. Finkelstien and Oogie Boogie were made into two separate characters, with the former retaining his role as a helpful hero and the latter being the main antagonist.

He was voiced by the late William Hickey like in the finished project.

In an original version of the script, the film played out much like it did in the final version, with Dr. Finkelstein being Sally's creator that tries to secure her loyalty to him. Though he is overprotective, he seemingly cares for her until she betrays him one too many times in her pursuit of the love of Jack Skellington.

When Jack Skellington has Lock, Shock, and Barrel kidnap Santa Claus, they decide to throw him to the mysterious Oogie Boogie, a gambling burlap bogyman who tortures Santa. Sally comes to help, but is captured herself.

After realizing the error of his ways, Jack goes to rescue Santa and Sally from Oogie Boogie. He scares away Lock, Shock, and Barrel, then confronts Oogie. The two duel each other with a pair of maces, but Jack beats Oogie. Oogie attempts to escape, but Jack unravels the thread to reveal that it was Dr. Finkelstein in disguise all long, using prosthetic machines to walk and a voice changer to alter his voice. He explains that he hates Jack for being a "twit" and wanted to teach Sally a lesson for choosing Jack over him. He then swears that he is through with both of them, and vows to create a perfect creation to replace Sally. He then gets help from his henchman Igor to escape via a panel in the floor. It's unknown what would have happened with Dr. Finkelstein afterwards, but it can be presumed that Jack would banish him from Halloween Town for his actions, finally freeing Sally from his control.

However, the producers and writers did not like the reveal because it had little to no lead up and seemingly came out of nowhere. The scene made Tim Burton so angry that he allegedly kicked a hole in a wall. However, Dr. Finkelstein's revelation would have served in some ways to make Jack aware that Sally had been in love with him all that time. Neverthless, the script was rewritten with Dr. Finkelstein remaining a heroic character (though still upset by Sally's lack of appreciation), and Oogie Boogie was made into a separate villain character. 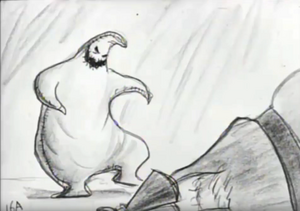 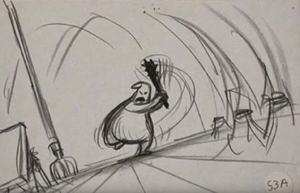 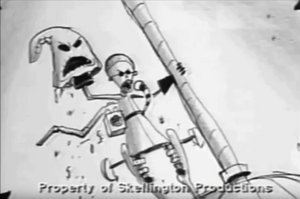 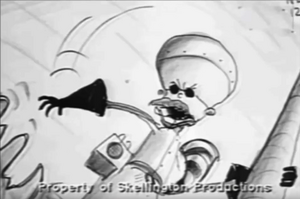 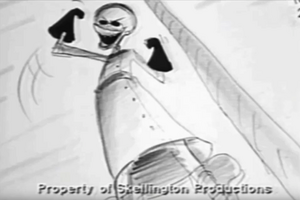 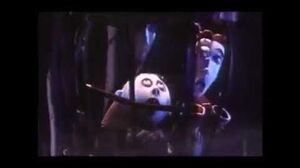