Captain Bartholomew Gore was a character from early draft versions of the popular Disney Parks attraction The Haunted Mansion. He would have been a bloodthirsty pirate who continued to haunt his mansion as a spirit after his death. while the character was never used in the attraction, a different version was used as the main antagonist of 2016 Haunted Mansion miniseries of the Disney Kingdoms comic book series by Marvel Comics, referred to simply as The Captain.

In early drafts for the Haunted Mansion, the attraction was intended to be nautical themed and feature the theme of piracy. For the story, one was suggested of the bloodthirsty pirate Captain Gore and his wife Priscilla. The story would have been for Gore to be a murderous pirate. When he was away on a voyage, Priscilla would have found a chest of his belongings and treasures and discovered who he truly was. When she confronted him, he would throw her down a well, causing her to drown and stain the water a permanent blood red. Afterwards, her ghost would haunt and torment him until he hung himself in the mansion's rafters.

While this version was never used, it went on to inspire the characters of the Mariner and the Ghost Host.

Despite never appearing in the final attraction, there is a tombstone bearing his name in the front cemetery as an homage to the early concepts.

Captain Gore is aggressive, sadistic, greedy, and violent. He does not care about anyone else, and loves to spread pain and death wherever he goes. In the original concepts, he did not even think twice when killing his wife. In the comics, he is also insane and murderous, with no sympathy or redeeming qualities. 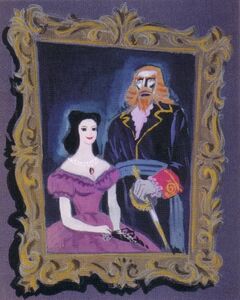 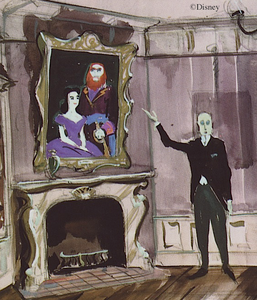 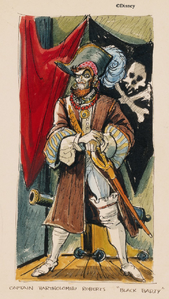 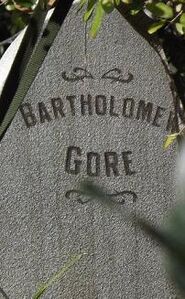 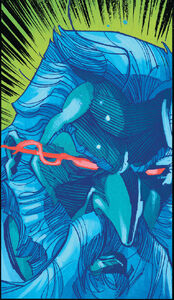 The Captain as he appeared in the 2016 comic.