Beauty and the Beast (1988 screenplay)

Be chosen as wives over Belle by her suitors (formerly).

Kill the Beast and raid his wealth to become rich (failed).

Belle's Sisters were the main antagonists in Jim Cox's original 1988 screenplay of Disney's 30th full-length animated feature film Beauty and the Beast. They were to be the sisters of Belle and eldest daughters of Maurice who envied their young sister's beauty and then try to kill the Beast to become rich with his wealth and be sought by their sister's suitors. However, while Disney CEO Michael Eisner approved Cox's screenplay, Jeffrey Katzenberg felt that Cox's story, while well done, was on a direction that the studio wasn't looking for, resulting in several rewrites.

In the original 1988 screenplay, Belle had two older sisters who lived with her and their poor father Maurice, an inventor, in a cottage. Belle's Sisters were extremely jealous of their younger sister because Belle was constantly being hit on by three wealthy suitors who had no interest in them. One day, Maurice tries to sell one of his inventions but gets lost in a storm and ends up on the Beast's castle, who sentences him to death but allows him to return home for one night in order to bid farewell to his daughters.

While Belle's Sisters simply don't care for their father's fate and conclude that Maurice is doomed, Belle volunteers to go to the castle in his place, as the Beast had offered to spare Maurice in case he had any daughter he could send to live with him. Maurice insists her to not go, but Belle sneaks out of the house later that night and goes to the Beast's castle. Over the next days, Belle enjoys her time on the castle and ends up falling in love with the Beast, but she misses her family so much that the Beast allows her to return to her home.

While Belle is well received by Maurice, once she tells about the Beast and his riches, Belle's Sisters decide to get rid of the Beast to take possession of his castle and his wealth, believing that Belle's Suitors will surely want them if they are rich. They then pretend that they had missed Belle dearly to trick her into staying at the cottage, but proceed to tell the suitors about the Beast and convince the three men to accompany them to the castle and kill the Beast.

Said and done, Belle's Sisters and the suitors go to the Beast's castle and confront the Beast, whom they manage to fatally wound before he scares them away. Realizing her sisters' ruse, Belle goes back to the castle as fast she can and kisses the Beast, saving him and turning him back into a human, breaking the Enchantress' curse. On the other hand, the Enchantress turns Belle's Sisters alongside the suitors into animals as punishment for their crimes. 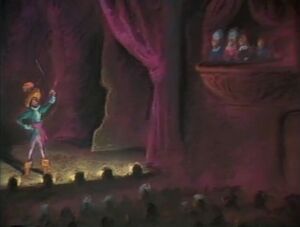 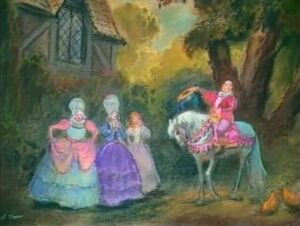 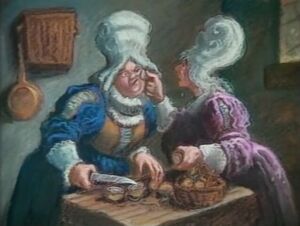 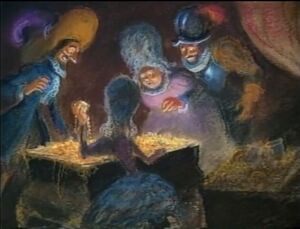 Retrieved from "https://unpublished-villains.fandom.com/wiki/Belle%27s_Sisters?oldid=2016"
Community content is available under CC-BY-SA unless otherwise noted.